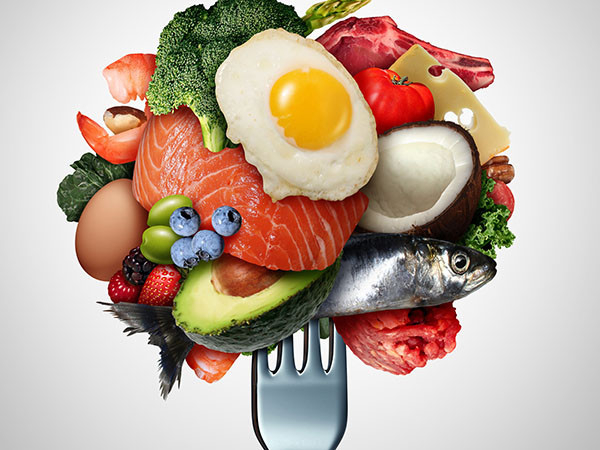 Various versions of low-carbohydrate diets have been popular for many years. The details of what is allowed and what is not vary quite a bit, and the amount of carbohydrates also differs. The common impression is a plate devoid of bread, pasta, and starchy vegetables, piled high with bacon, meat, eggs, and cheese, and maybe a small amount of vegetables and nuts. Due to the high saturated fat content in these diets, doctors and nutritionists worry about their potential adverse effect on cardiovascular disease.

Recently, a new study published in the American Journal of Clinical Nutrition has found that a low-carbohydrate, high-saturated fat diet might not be as bad as we feared. That sounds like good news, but is it that simple? Let’s take a look at what this randomized diet trial did and what the results really mean.

What did the study actually involve?

The 164 participants in this study were all considered overweight or obese, and had just finished a weight loss trial to lose 12% of their body weight. They were randomly assigned to one of three diets containing different proportions of carbohydrates and fat. Protein content was kept the same (at 20% calories) for everyone. They were not planning to lose any more weight.

The three diets were:

The study participants received food prepared for them for 20 weeks. They had their blood measured for a number of risk factors of cardiovascular disease, and a lipoprotein insulin resistance (LPIR) score was calculated using a number of blood markers to reflect the risk for cardiovascular disease. (LPIR is a score that measures both insulin resistance and abnormal blood cholesterol all in one number, and it is used for research purposes.)

The researchers found that at the end of eating these diets for five months, the low-carbohydrate group, which also had consumed the highest amount of the presumably worrisome saturated fat, did not have the worst cardiovascular disease blood markers. The amount of good and bad cholesterol in the blood was not different from the other groups. In fact, the LPIR cardiovascular risk score and two other disease markers (Lp(a) and adiponectin) also were improved the most in this group. This seems to suggest that we can go ahead and not worry about the saturated fat that typically goes with a low-carbohydrate diet.

What were the participants actually eating?

Alas, those who were eating the low-carbohydrate diet were not piling up their plate with steak and bacon, and those eating the high-carbohydrate diets were not drinking unlimited soda. All three diets were high in plant foods and low in highly processed foods (it is easier to stick to a diet when all the food is prepared for you). Even the low-carbohydrate group was eating lentils, a good amount of vegetables, and quite a bit of nuts.

And although the diet was quite high in saturated fat, it was also high in the healthy poly- and monounsaturated fats as well. The meat was a combination of higher amounts of healthy (salmon) and a small amount of unhealthy (sausage) choices. In addition, fiber intake (at about 22 grams/day) was slightly higher than the average American intake (18 grams/day). Overall, except for saturated fat being higher than recommended, the diet as a whole was quite healthy.

What is the take-home message?

It seems that among a relatively young and healthy group of people (the average age of those who completed the study was 45 years old), higher amounts of saturated fat in the context of a healthy diet do not seem to adversely affect certain cardiovascular risk markers in the short term. How it would affect actual disease — such as heart attack, stroke, and diabetes — in the long run is unknown. However, there is ample evidence showing that a diet that consists of healthy foods and has moderate amounts of carbohydrate and fat can lower the risk of these diseases.

Preventing diseases is a long-term process; a healthy diet must not only be effective, but it should also be flexible enough for people to stick to in the long run. Therefore, a healthy diet with moderate amounts of healthy carbohydrates and ample healthy fats may be the easiest with which to achieve good health. Lower-carbohydrate diets might be promising, but further long-term testing is needed.

No comments to show.